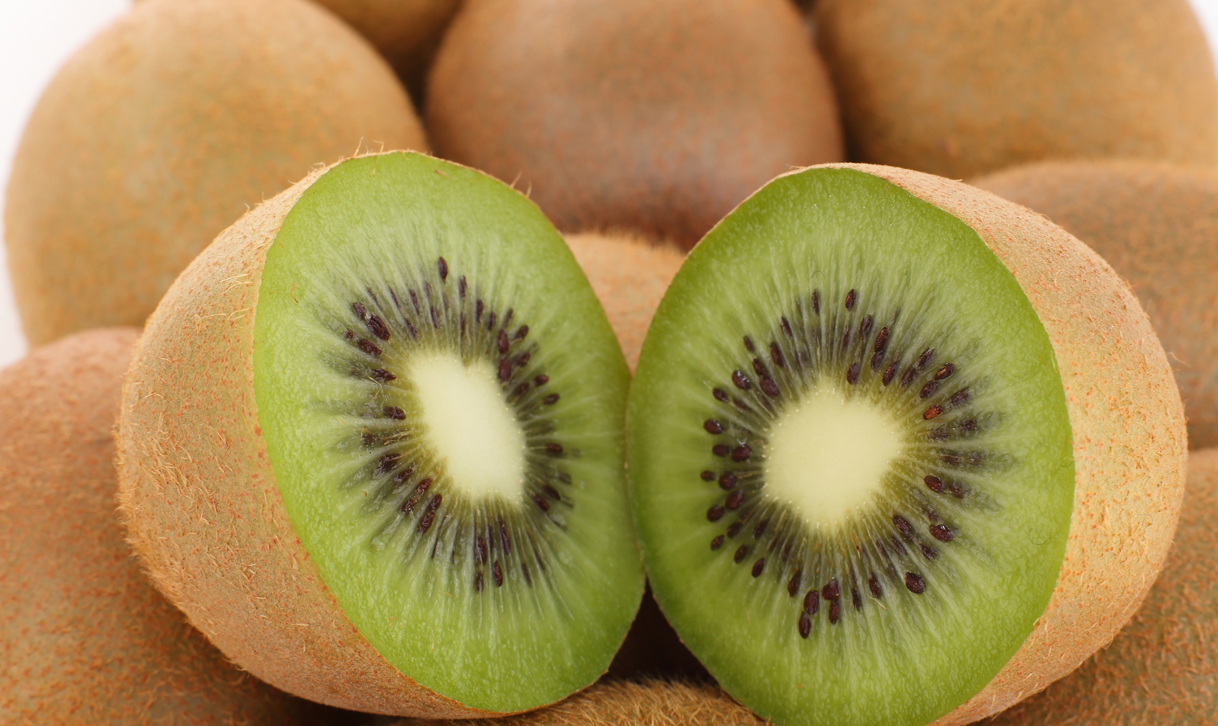 April 27 , 2013 - KIWI originated in China and is also called chinese gooseberry. It was introduced to New Zealand in 1906, where it was renamed after their national bird. A late comer in the internationalmarket, until recently, kiwi cultivationwas largely confined to China, Italy, Spain, France, New Zealand and California (USA). In India, it was introduced only a few years ago and is still categorised as an exotic fruit. However, now the country has managed to successfully grow several local varities. The fruit's popularity is also increasing, owing to its unique art, taste and texture.

But unknown to many, kiwi also has several nutritional benefits. Unlike most other fruits, kiwi offers an unusual combination of health promoting substances. Extremely rich in vitamin C, a single Kiwi per day can help meet an adult's daily requirement for the nutrient. Besides this, Kiwi also offers several other cardio-protective nutrients including folic acid, potassium and vitamin E and carotenoids.

Kiwi is also rich in fibers, particularly pectin, a type of solule fibre which helps in cholesterol reduction. It has significant amounts of polyphenols, cholophyll and glutathione. All this with at onlt 90 calories makes it an immensely nutrient-dense food. Kiwi consumption can help boost the body's antioxidant status as the fruit is a power house of nutrients and substances that help neutralize free radicals, which damage the healthy cells of our body.

Kiwis have also been found to promote heart health by lowering triglyceride levels, reducing platelet aggregation and limiting tendency of blood to form clots. In a recent study done in 2004 in Oslo, Norway people who ate two or three kiwis per day for 28 days were found to have reduced their potential for clot formation by 18 per cent, as compared to those who ate no kiwis. Kiwi eaters also enjoyed a triglyceride drop of 15 per cent as compared to the control group. Kiwi also scores on its carotenoids (plant vitamin A) content and is a unique non-leafy green soure of this group of nutrients. This group of nutrients has been associated with a decreased risk for cataracts, macular degenration and the development of atherosclerotic plaques.

A recent randomised trial (2010) in the Department of Food Science and Nutrition showed enhanced iron absorption in women who ate Kiwi for four weeks, as compared to those who ate other fruits. Although, low in iron, kiwi has been found to increase iron absorption sigificantly as compared to other fruits. This could be of great significance in the Indian context, with around 70 per cent of our women being anaemic.

Being rich in fibre, kiwi is known to have work as a laxative. It has a low glycemic index, which makes it especially useful for weight watchers and diabetics. There are two popular varieties internationally - the green and thegold. Thegold kiwi has a bronze colored flesh and is slightly sweeter and higher in its vitamin C and E and carotenoid content. This variety is not easily available in India. Kiwis can be included in your diet as a power snack when added to desserts and salads or pureed into smoothies, shakes and sorbets or served with grilled fish and meat.