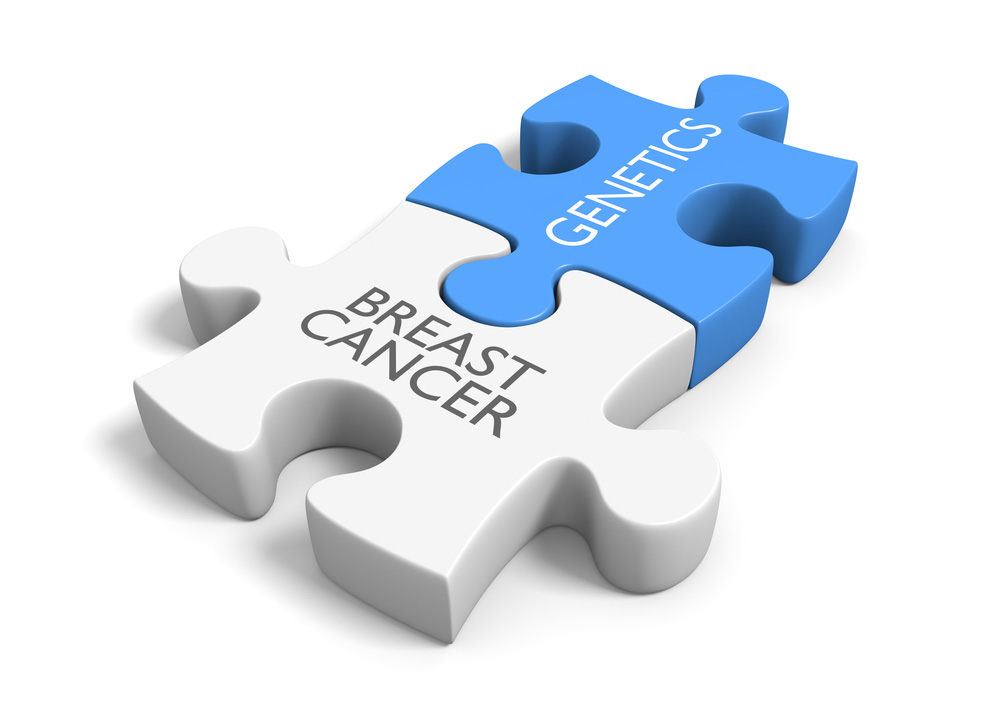 There are two kinds of genes associated with cancers - oncogenes and tuour suppressors. Oncogenes are genes that regulate the normal growth and division of a cell. If these genes mutate, they can cause widespred cell divisions, leading to cancer. Tumour suppressive genes, on the other hand, contain codes to protect the body from cancer, or to prevent uncontrolled cell division.

As published in Indian Express on April 21, 2013 - For more than 70 years and over four generations, a Pune based Family had been struggling with Cancer, losing at least six members to it. The coincidence was heart breaking, but they never thought of it was more than just that - a coincidence. Till early 2011, when tests at the cancer unit of Mumbai's Tata Memorial Hospital showed that what the family had was hereditary cancer.

First the immediate relatives of the deceased were tested, then extended and then yet more distant kin, from the ages of five to 65, till the count worked out to 21 till June 2011. Eleven of the 21 tested carried a mutation of the gene "RET Oncogene" that was being passed down successive generations. All 11 of them were diagnosed with tumors. While none of them had cancer at that stage, nine of the 11 had their thyroid and parathyroid glands removed, while the adrenaline gland tumour was removed in one patient. The first diagnosed case succumbed to cancer before a surgery could be performed.

The Tata Memorial Hospital's genetic oncology wing has other such cases, of mutations being inherited, of families with a string of members dying of the same type of cancers, and of their relatives battling desperately against despair.

It was in November 2010 that a 30 year old from the Pune family first came to the tata Hospital with advanced Neoplasia (MEN) Syndrome, that causes cancers of thyroid, adrenaline and pituitary glands, as well as benign nodules on the lips, tongue and eyelids. Doctors told him he was beyond the stage of surgical remedy. Though chemotherapy was started, he breathed his last in May 2011.

Struck by how young the victim was, the doctors sensed they might be looking at something different when his mother let slip during a conversation that his two paternal uncles as well as an aunt and a great grandfather had all died of "unknown reasons" in their late 20s or early 30s. The gret grandfather had died in 1950, the uncle in 1962, and another uncle and aunt in 1982 and 1998 respectively.

Soon after the 30 year old's death, the family was referred to the genetic oncology wing. His uncle a professor of mathematics at Pune University, says, "his parents (my sister and her husband) were the first to be explained that there was possibility of a genetic mutation running in the family."

Tests soon corroborated what was then still just a theory. "Inheritance is associated with the virtues of wisdom, wealth or good looks," says the uncle. "But how do you deal with the inheritance of a disease ? especially when it is seen as instant death ?"

Having established the hereditary nature of illness, doctors began the exercise of convincing family members to get tested, with the help of "genetic counsellers". They started with immediate family members of the deceased, who in turn contacted their extended family.

Many were reluctant at first, but the victim's parents persisted. "there were conference calls; they were very pursuasive. It must have been terrible hard for them to do all this so soon after losing their own son, but they had decided that knowing was better than living in oblivion," the professor says.

Tests took place over six months from June 2011. The 11 of the 21 who tested positive for a mutated "RET oncogene", who were between the ages of 14 and 56, all carried MEN's II Tumours.

There are two kinds of genes associated with cancers - oncogenes and tuour suppressors. Oncogenes are genes that regulate the normal growth and division of a cell. If these genes mutate, they can cause widespred cell divisions, leading to cancer. Tumour suppressive genes, on the other hand, contain codes to protect the body from cancer, or to prevent uncontrolled cell division. Sometimes, these genes get deactivated and end up causing cancers.

From available medical records and family accounts, the doctors pieced together a family tree, or a pedigree of the disease in medical terms. Explains a family member, "my great grandfather passed this mutation on to three of his four children, who in turn passed it on to some of their children. We now have a map - something definitive."

Those who tested positive but did not have the cancer were put through another round of counselling before they agreed to excise the organs that could contract the disease. The surgeries were held between June and August 2012.

"Effectively the cancer was prevented in 10 of loved one, and the other 10 who did not test positive now kow that despite being genetically predisposed, they are not likely to get the disease. Not only did they find the key to ti mystery , but after 70 years, it was actually controlled.

However, two arms of teh family - a sister from the first generation, and one from the fourth generation, did not agree to the genetic test. Three people related to the former have now started to show symptoms of MEN's II Tumours.

According to Dr Rajiv Sarin, head of the genetics cancer department at Mumbai's Tata Memorial Hospital, "Cancers from these mutations have certain characteristics that distinguish them from non-herediatry cancers. They spurt at very young ages - patients may be in their early 20s or 30s. It also makes patients prone to developing other cancers, at other sites, once the primary tumour is treated. Often paired organs like both breasts or kineys get affected."

In India, there is still no organised study on genetic cancers. Studies in Caucasian populations show 2-5 per center of all cancers are hereditary. If you extrapolate from this data, says Dr Sarin, of the one million new cancer cases occuring in India annually, 50,000 Indians may be suffering from familial cancers, requiring specialised genetic counselling and treatment.

The first round of counselling involved mapping the disease over successive generations. Immediate members of the family who share the patient's gene pool then are urged to take the genetic test. For those who are confirmed to be mutation carriers, regular screening is advised, as advanced tumour marker testing in blood, to detect cancer at an early stage.

The largest Cancer Hospital in Asia, Tata Memorial Hospital has been providing free genetic tests to Families suspected to have hereditary cancer since 2007 under a joint project with the Indian Council of Medical Research. The programme has identified over 1700 Indian Families nationwide with hereditary cancers.

With the programme completing its first leg, the hospital is expected to soon start documenting their findings in peer-reviewed journals, on different mutations within sub-groups of the Indian Populations, their interpretation and psychological and social impact of the disease on families.

Listing the problems, Dr Sarin says,"Often medical records of deceased members, especially those who died two-three generations earlier, are not maintained. Patients cn at best us that they remember a grandfather or a parent dying of symptoms which may deduce to be of the same or similar cancers as in the index cases."