In treating Cancer - the Genes matter 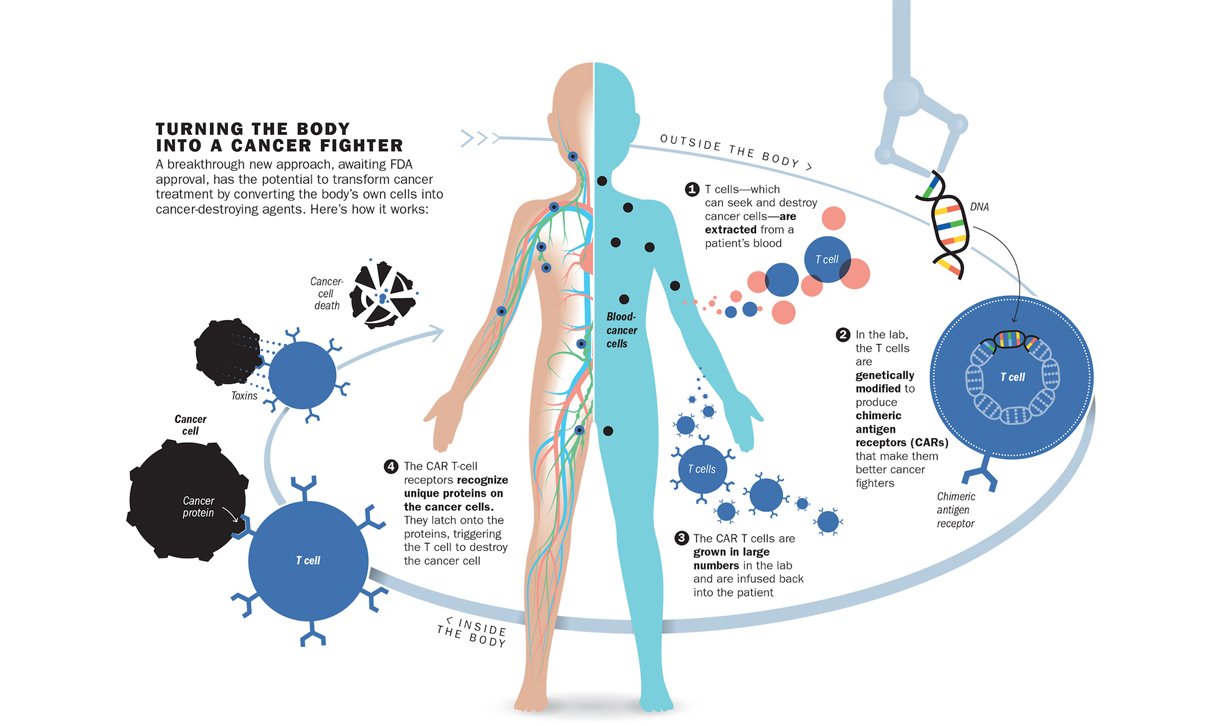 A new study finds that Cancer will be increasingly defined primarily by its fingerprint rather than the organ where it originated.

May 4, 2013 - A new study finds that Cancer will be increasingly defined primarily by its fingerprint rather than the organ where it originated - Scientists have discovered that the most dangerous cancer of the uterine lining closely resembles the worst ovarian and breast cancers, providing the most telling evidence yet that cancer will increasingly be seen as a disease defined primarily by its genetic fingerprint rather than just by the organ where it originated.

The study of endometrial cancer - the cancer of the uterine lining - and another of acute myeloid leukemia, published simultaneously on Wednesday by Nature and the New England Journal of Medicine, are part of a project by the National Institutes of Health to scrutinize DNA aberrations in common cancers.

Over the past year, as part of this project, researchers have reported striking genetic changes in breast, colon and lung cancers that link them to other cancers. One kind of breast cancer was closely related to ovarian cancer. Colon cancers often had a genetic change found in breast cancer. And about half of squamous cell lung cancers might be attacked by drugs being developed for other cancers.

The endometrial cancer and leukemia efforts alone involved more than 100 researchers who studied close to 400 endometrial tumors and 200 cases of leukemia. "This is exploring the landscape of cancer genomics," Dr David P Steensma, a leukemia researcher at the Dana-Farber Cancer Institute who was not involved with the case studies, said "Many developments in Medicine are about treatments or tests that are only useful for a certain period of time until something better comes by. But there is something that will be useful 200 years from now."

Dr Douglas Levine of Memorial Sloan Kettering Cancer Center, the principal investigator on the study, said the group scoured the country for samples of this cancer. The new genetic analysis of hundred of tumours found patterns of genetic aberrations that more precisely classify the tumours, dividing them into four distinct groups, instead of two found in the traditional method. About 10 per cent of tumours that had seemed easily teated with the old type of exam now appear to be more deadly according to the genetic analysis and would require chemotherapy.

Another finding was that many endometrial cancers had a mutation in a gene that had been seen before only in colon cancers. The mutation disables a system for repairing DNA damage, resulting in 100 times more mutations than typically occur in cancer cells. However, it turned out to be good news. Endometrial cancers with the mutation had better outcomes, perhaps because the accumulating DNA damage is devastating to cancer cells.

Another surprise was that the worst endometrial tumours were so similar to the most lethal ovarian and breast cancers that the three cancers might respond to the same drugs.

Jeff Boyd, executive director of the Cancer Genome Institute at Fox Chase Cancer Center, who was not involved with the new research, said the similarity among breast, ovarian and endometrial tumours was the best example yet of the idea that cancers are better classified by their gene mutations than by where they originate.

While the genetics of endometrial cancers had gone largely unstudied until now, acute myeloid leukemia has been investigated for decades, in part because leukemia cells are so accessible.

Researchers had already discovered, for example, that chromosomes in leukemia cells are often broken or hooked together in strange ways. They also knew that some chromosomal alterations were associated with a good prognosis, and others with a bad one. Patients with a good prognosis can usually be treated woth chemotherapy alone while those with a worse progosis need the expensive, difficult and risky treatment of last resort: a bone marrow transplant.

The new study of 200 acute myeloid leukemias identified at least 260 genes that were mutated in at least two of the 200 leukemia samples, finding virtually all of the common genetic malfunctions that occur in it.