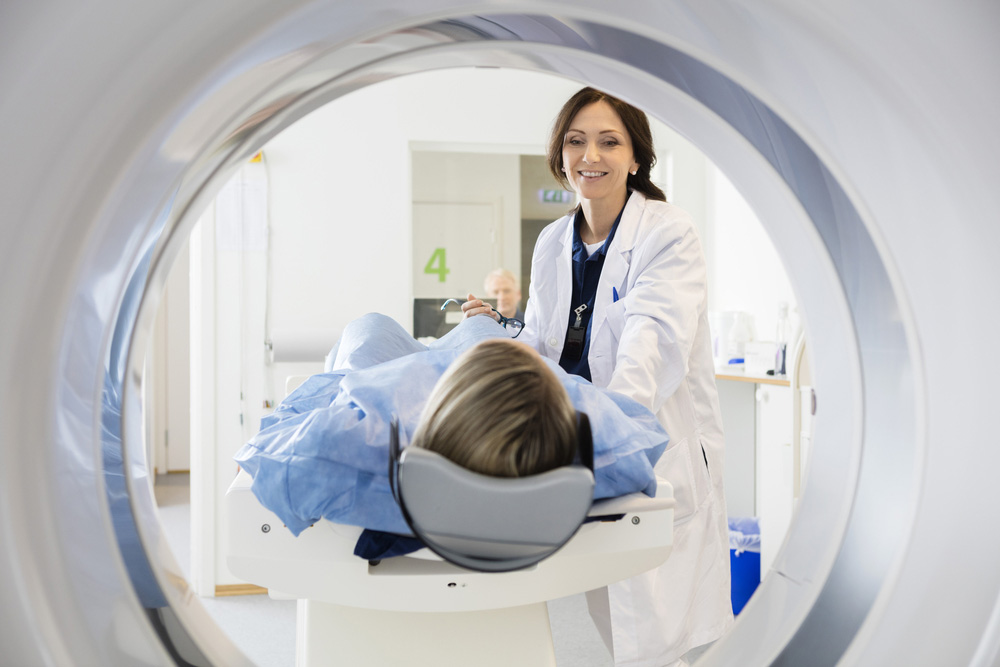 Breast Cancer Patients may not benefit from the expensive scan, says a new study. It does not cut the risk of a second surgery to remove tumour tissue.

Breast Cancer Patients may not benefit from the expensive scan, says a new study. It does not cut the risk of a second surgery to remove tumour tissue.

Having an MRI Scan before breast cancer surgery may not cut a woman's risk of needing a second operation to go after additional tumour tissue - and may even raise her chance of getting an unnecessary mastectomy, a new study suggests.

Researchers found that among more than 300 women who underwent breast cancer surgery, those who had an MRI beforehand were no less likely to need a repeat operation to remove more tumour tissue : 19 percent did, versus 18 per cent of women who did not have an MRI.

The findings reported in the Archives of Surgery, back up past research showing that pre-op MRIs do not cut re-operational rates. In fact, that MRI may make the cancer look worse than it actually is - raising the possibility that some women will opt for a mastectomy when they might otherwise have chosen "breast conserving" surgery. It has become "almost routine" for doctors to do a pricey MRI Scan before a woman has surgery for breast cancer, according to Dr Sharon S. Lum, a cancer surgeon at Loma Linda University school of Medicine in California. That's because the scans are more sensitive than mammograms and may detect "hidden" cancerous tissue. "MRI is very good at picking up additional disease," said Lum, who wrote an editorial published with the study.

So logically, it might seem that a pre-op MRI would help ensure that surgeons get all of the cancer - and then hopefully cut the need for repeat surgeries, or even the risk of cancer reccurence. But based on studies so far, that isn't what has been happening. "Now what we have seen it in practice, it does not seem to be doing the things we had hoped," Lum said.

"There are many Breast Surgeons who routinely use MRI," said Dr Jan H Wong, a cancer surgeon at East Carolina University in Greenville, North Carolina, who worked on the study. And there are also many women who want a pre-op MRI, both Wong and Lum said. But it's important for women to know that the test comes with risks, they said. For their study, Wong and his colleagues reviewed the cases of 313 women who underwent breast cancer surgery with the same surgeon. Of those patients, 120 had a pre-op MRI because they had dense breast tissue - a group of women who, in theory, would be more likely benefit from a sensitive MRI scan because dense breast tissue can obscure tumours in mammography images. Despite that, though women who underwent MRI were no less likely to need a repeat operation. "Even in this selective group", wong said, "we didn't see a benefit."

What's more, of 47 women who had a mastectomy after their MRI, one-quarter might have been candidates for breast-conserving surgery if they had wanted it. That was based on pathology reports done after the mastectomy : for 25 per cent of women, the cancer was less extensive than the MRI had indicated. "The problem is, when you have a sensitive test, it picks up abnormalities that aren't related to the cancer,"Wong explained. so the doctor has to delve further to make sure those MRI abnormalities are "OK"-or a woman may opt to skip further tests and go for a mastectomy.

It's a controversial area,Wong noted. Not only does pre-op MRI come with potential downsides, but it's also very expensive; the costs vary, but can reach a few thousand dollars. Its still possible that some women might benefit from an MRI ahead of surgery, according to Lum and Wong. An example would be women who carry certain gene mutations that put them at high risk of breast cancer. If they are considering having breast conserving surgery instead of mastectomy, an MRI image might give some additional information to help with that desicion.