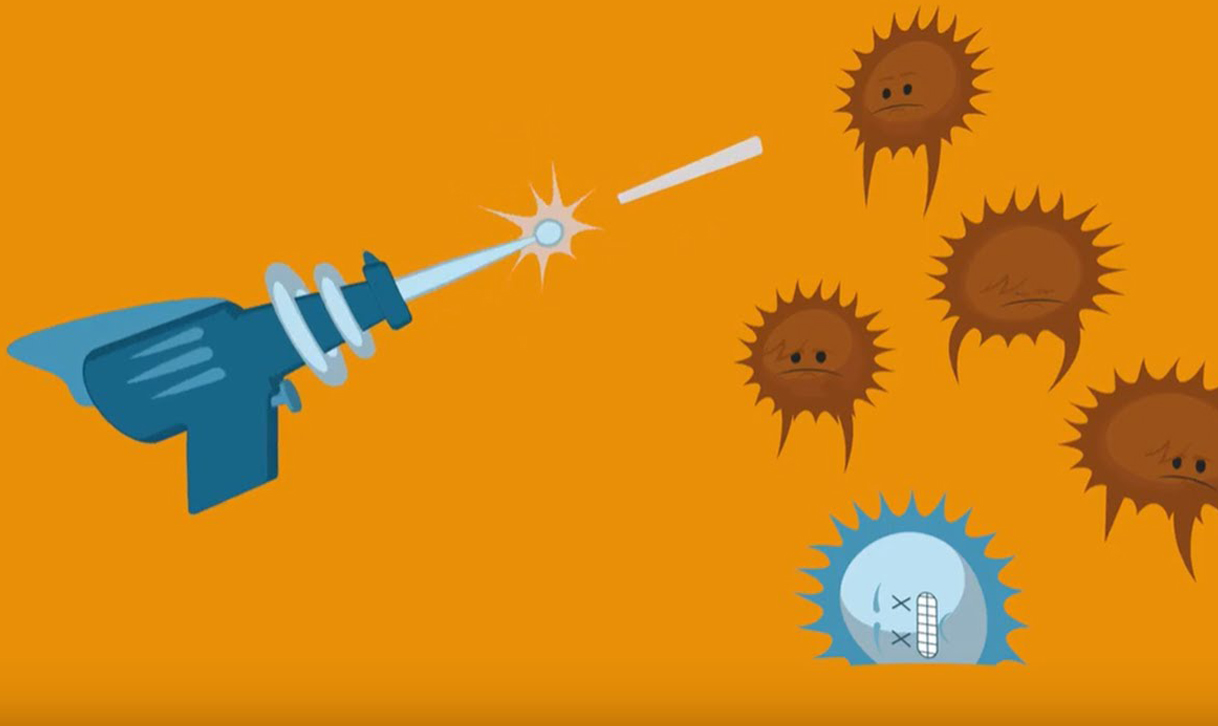 For the first time ever, three Pharmaceutical companies are poised to test whether new drugs can work against a wide range of cancers independently of where they originated - Breast, Prostate, Liver, Lung.

As published in Indian Express on December 24, 2012 - For the first time ever, three Pharmaceutical companies are poised to test whether new drugs can work against a wide range of cancers independently of where they originated - Breast, Prostate, Liver, Lung. The drugs go after an aberration involving a cancer gene fundamental to tumor gorwth. Many scientists see this as the beginning of a new genetic age in caner research. Such drugs could mean new treatments for rare, neglected cancers, as well as common ones. Merck, Roche and Sanofi are racing to develop their own versions of a drug they hope will restore a mechanism that normally makes badly damaged cells self-destruct and could potentially be used against half of all cancers.

No pharmaceutical company has ever coducted a major clinical trial of a drug in patients who have many different kinds of cancer. "This is a taste of the future in cancer drug development", said Dr Otis Webb Brawley, the chief medical and scientific officer of the American Cancer Society. "I expect the organ from which the cancer came from will be less important in the future and molecular target more important." At the heart of this search for new cancer drugs are patients like Joe Bellino, who was a post office clerk until his cancer made him too sick to work. Seven years ago he went into the Hospital for hernia surgery, only to learn he had liposarcoma, a rare cancer of fat cells. A large tumor was wrapped around a cord that conects the testicle to the abdomen.

Companies have long ignored liposarcoma, seeing nomarket for drugs to treat a cancer that strikes so few. But it is ideal for testing Sanofi's drug because the tumors nearly always have the exact genetic problemthe drug was meant to attack - a fusion of two large proteins. If the drug works, it should bring these raging cancers to a halt. Then Sanofi would test the drug on a broad range of cancers with a similar genetic alteration. But if the drug fails against liposarcoma, Sanofi will reluctantly admit defeat.

"For us, this is a go/no-go situation," said Laurent Debussche, a Sanofi scientist who leads the company's research on the drug. Normally healthy cells have a mechanism that tells them to die if their DNA is too badly damaged to repair. A protein known as p53 that Dr Gary Gilliland of Merck calls the cell's angel of death normally sets things in motion. But cancer cells disable p53, by attaching the p53 protein to another cellular protein that blocks it. The dream of cancer researchers has long been to reanimate p53 in cancer cells so they will die on their own.

But while scientists know how to block genes, they have not figured out how to add or restore them. Instead of going after mutated p53 genes, they finally went after half of cancers that used the alternative route to disable p53, blocking it by attaching it to a protein known as MDM2. When the two proteins stick together, the p53 protein no longer functions. Maybe, researchers thought, they could find a molecule to wedge itself between the two proteins and pry them apart.

Roche, Merck and Sanofi persevered, testing thousand of molecules. In 2009, Dr Debussche's team at Sanofi, together with Shaomeng Wang at the University of Michigan and a biotech company, Ascenta Therapeutics, found a promising compound - tested on mice for a week, it made tumors vanish on those treated only once. As research progressed, all three companies worried about the unprecedented challanges of testing a drug in many types of cancers at once. Such a clinical trial would most likely involve just a few patients. But keeping a trial going involves mounds of paperwork and documentation.

Roche was the first to start testing a p53 drug in patients. The company began, as required, with an attempt to establish a dose strong enough to be effective but not too toxic. "Drugs of this type had never been given to human being," Dr Gwen Nichols of Roche said. But there were encouraging hints that the drugs might be working.In biopsies and scans, cancer cells appeared to be dying. Rigorous efficacy studies are next. If they are successful, they will be followed by clinical trials across cancer types.

More recently, Merck began its study to find a safe dose. It is enrolling only patients with acute myelogenous leukemia, a cancer in which p53 is almost always disabled by the blocking protein MDM2. Once the company finds the best dose, it plans to give its drug to just 15 to 30 patients and look for the efficacy. And if the drug fails to break apart the two huge proteins and enable the angel of death to do its job ? "Then we will not bring the Drug forward," Dr Gilliland said.

Joe Bellino said over the summer that he hoped he could be among the first to try drugs which have never been specifically tested on patients with his type of cancer. When the call goes out for study objects, he said, "I will be waving my hands."

But the test will come too late for him. He died from his cancer on November 13, 2012