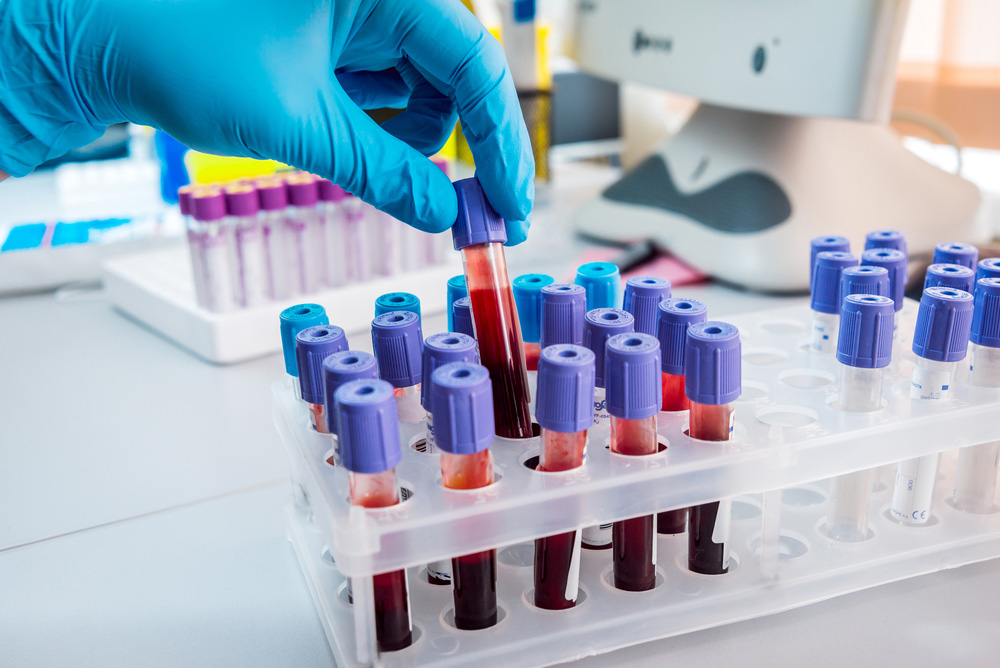 It is hoped the breakthrough will enable doctors to rule out cancer in patients presenting with certain symptoms - saving time and preventing costly and unnecessary invasive procedures and biopsies.

Early results have shown the simple test can diagnose cancer and pre-cancerous conditions from the blood of patients with melanoma, colon cancer and lung cancer with a high degree of accuracy.

Alternatively, it could be a useful aid for investigating patients who are suspected of having a cancer that is currently hard to diagnose, say the University of Bradford researchers.

The Lymphocyte Genome Sensitivity (LGS) assesses white blood cells and measures the damage caused to their DNA when subjected to different intensities of ultraviolet light (UVA), which is known to damage DNA.

The Bradford scientists say there is a 'clear distinction between the damage to the white blood cells from patients with cancer, with pre-cancerous conditions and from healthy patients'.

'We know that they are under stress when they are fighting cancer or other diseases, so I wondered whether anything measureable could be seen if we put them under further stress with UVA light.

'We found that people with cancer have DNA which is more easily damaged by ultraviolet light than other people.'

The conclusions were drawn after looking at the blood samples of 208 people - 94 were healthy members of university staff and students.

The other 114 were collected from patients referred to specialist clinics within Bradford Royal Infirmary prior to diagnosis and treatment.

UVA damage was observed in the form of pieces of DNA being pulled in an electric field towards the positive end of the field, causing a comet-like tail.

The longer the tail, the more DNA damage. And these measurements correlated to those patients who were ultimately diagnosed with cancer (58), those with pre-cancerous conditions (56) and those who were healthy (94).

'These are early results completed on three different types of cancer and we accept that more research needs to be done; but these results so far are remarkable,' said Professor Anderson.

She added that while the numbers tested were small, the 'results are powerful'.

The research is published online in FASEB Journal, the U.S. Journal of the Federation of American Societies for Experimental Biology.

The test's accuracy is now being investigated in a clinical trial at Bradford Royal Infirmary with patients suspected to have colorectal cancer.

Bioengineers at the University of California San Diego have developed a new blood test that could detect cancer — and locate where in the body the tumor is growing.

The study could provide a way to diagnose cancer early on without having to do invasive surgical procedures like biopsies. Researchers published their findings March 6 in Nature Genetics.

Cancer blood tests work by screening for DNA released by dying tumor cells. These tests are showing promise for detecting traces of tumor DNA in the blood of cancer patients. However, the results don’t indicate where the tumor resides. “Knowing the tumor’s location is critical for effective early detection,” said Kun Zhang, a bioengineering professor at the UC San Diego Jacobs School of Engineering and senior author of the study.

In this study, Zhang and his team discovered a new clue in blood that could both detect tumor cells and identify where they are. When a tumor starts to take over a part of the body, it competes with normal cells for nutrients and space, killing them off in the process. As normal cells die, they release their DNA into the bloodstream — and that DNA could identify the affected tissue.

“We made this discovery by accident. Initially, we were taking the conventional approach and just looking for cancer cell signals and trying to find out where they were coming from. But we were also seeing signals from other cells and realized that if we integrate both sets of signals together, we could actually determine the presence or absence of a tumor, and where the tumor is growing,” Zhang said.

To develop their new method, the researchers put together a database of the complete CpG methylation patterns of 10 different normal tissues (liver, intestine, colon, lung, brain, kidney, pancreas, spleen, stomach and blood). They also analyzed tumor samples and blood samples from cancer patients at the UC San Diego Moores Cancer Center to put together a database of cancer-specific genetic markers.

Zhang and his team then screened blood samples from individuals with and without tumors. They looked for signals of the cancer markers and the tissue-specific methylation patterns. The test works like a dual authentication process — the combination of both signals, above a statistical cutoff, is required to assign a positive match.

“This a proof of concept. To move this research to the clinical stage, we need to work with oncologists to further optimize and refine this method,” Zhang said.